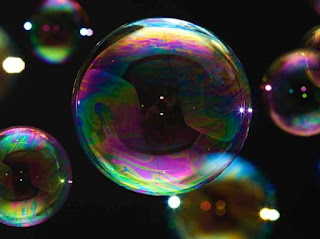 There are none so blind as those who will not see.

Mom said this to me one time when I asked her about something going on in the world and it kind of stuck with me as I became more aware – more ‘woke’ as some might call it – as I grew older, learned more.

We talk now about reality bubbles, and while that is also a working metaphor – in some ways – it seems to me that life, ‘reality’, is more like an onion. You form an opinion and everything you see or experience falls within that layer of reality and so you interpret it all based on your reality. Once you blow that layer up, it doesn’t mean you see everything clearly now, because another layer exists and gradually those layers need to be pulled away from the kernel of ‘truth’ at the centre.

This peeling away of layers is uncomfortable. Human beings don’t much like change, some of them even less than others. And so we tend to move through life, through society, perceiving everything through the lens of our current outermost layer. Comfortable in our assumptions.

When we encounter people with other viewpoints, it can be difficult as one of us has to change our minds, alter our viewpoints, or else meaningful communication becomes very difficult.

I grew up with the most obvious ‘reality’ of life in Canada – the over riding ‘English-ness’ of Canada, but also? The ‘French’ aspect. (First Nations were largely ignored when I was a kid – I was a teenager before I began to really come to grips with the reality of Canada’s history of colonialism and racism, FN and black and Asian.)

Over the years I became very interested in history as a lens through which to view human behaviour. Why all those wars? Why all those religions, most of them espousing peace, love and harmony? But only in the One True Way?

I left the church, although I still call myself a Christian – because I was raised in that environment of ‘what would Jesus do?’ And yes, I read the New Testament, did bible studies, attended Sunday School every Sunday (unless I was too sick to go).

Over the years I’ve begun to see the very narrow focus of my learning – Euro-centric. I was privileged that in high school I had really excellent teachers. The kind that show you where to look, but not tell you what to see. And so I learned. I learned that the Dark Ages was only ‘dark’ in Europe. Civilization was quite brilliant in what we call the ‘Middle East’, India and China. Europe owes a debt of gratitude to the Arabic, Indian and Chinese scholars – in engineering, mathematics, medicine, astronomy, chemistry, physics, the list goes on. But what I learned as a child was how European ‘science’ was superior to anything else, ignoring the scholarship that had continued elsewhere during the European ‘dark ages’.

This attitude continues to this day. I see it in so many ways. The erasure of the First Nations contributions to the survival of Europeans on Turtle Island. How the brave European explorers conquered this land. Conveniently ignoring the band of ‘anonymous’ First Nations people who fed them, escorted them through their territories, ensured they survived in a climate for which they were ill prepared, and in many cases not willing to acknowledge that *they* were their own worst enemies when it came to surviving it. (thinking about the Franklin expedition in the Arctic and the Scott expedition in the Antarctic, assuming that their ‘superior’ technology would out perform the ‘native’ knowledge, especially).

The fact that vaccination is in a large part credited to an English man, rather than the Arabic doctors who routinely inoculated their people against things like small pox.

Recently I got a book on history and the author asserts that ‘ancient’ peoples had no understanding of how dyes worked so they just tried things without actually understanding the chemistry. They then go on to sing the praises of the European ‘scientists’ who broke the code open so that they could actually understand what was happening. By trying things to find out how they worked. How is this different, exactly?

I would suggest that non-European dyers who had, for literally hundreds of years, figured out how to extract dye from a mollusk, taking the process through multiple steps to obtain the dye, had pretty much perfected a scientific way of getting that dye and achieving the results they wanted.

I would suggest that non-European dyers who were able to create an indigo vat, adjust it to get different colors from it in a controlled manner was following a scientific process.

I would suggest that Chinese textile workers figuring out how to cultivate silk and then weave with it, at a much higher level than any skill shown by Europeans of the same time, decades before the Europeans ‘stole’ the information and then claimed it as their own are ignoring their own history and need to get a grip.

This constant ignoring of the totality of human history in favor of one segment of it is, imho, willful blindness and does not help us grow as individuals or as a society.

I have picked up the problematical book several times now, and every time I try to read it, I run into the authors’ reality bubble of European/American ‘exceptionalism’. I’m finding it hard to get beyond that in order to learn anything because I don’t feel I am getting the history I had been looking for.

Yes, I am a white woman in a white society. But I see my privilege. As difficult as my life has been, it was never made worse by the color of my skin. Or society trying to erase me, my existence from the historical record.

There is little I can do to change this except call it out when I see it. So will I finish reading this problematic book? I honestly don’t know. I’m about 1/3 through it and not feeling like I’m learning much other than the attitude of the author, when what I was hoping for was to learn more about the history of textiles that almost never seems to get told. I think I need to check out other books, perhaps Becker’s Pattern and Loom might shed more light?

Technology is not ‘primitive’ or ‘superior’. Technology is a way of living in an environment, in a culture, that ensures success for the people living within those parameters. I have taken to calling looms with little additional mechanics ‘simple’ rather than primitive. Because I have seen textiles of enormous complexity woven on back strap looms. Using simple technology, the weavers exhibit incredible skill and knowledge, far superior to my own, for the textiles they are making – which are appropriate to their culture, environment and available resources.

I have access to other resources, so I have the ability to choose a different level of technology. That does NOT make me a better weaver than someone using a back strap loom. I just have a different set of skills. Naming a technology ‘primitive’ simply serves to diminish it. The more simple the tool, the higher degree of skill to use it effectively.

Welcome to my TED talk.